Αρχική » GREASE Radicalisation, Secularism and the Governance of Religion: Bringing together European and Asian Perspectives

What can Europe learn from other parts of the world about managing religious diversity? What lessons can be learned to help prevent religious radicalisation? With 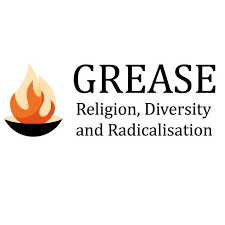 input from researchers in Europe, North Africa, the Middle East, South Asia and Oceania, the EU-funded GREASE project will spend the next three years exploring these questions. The twelve-partner consortium will look at how religious diversity is governed in a broad range of cultures, comparing relevant norms, laws and practices. Within this process the researchers will seek to assess the relative success of various regimes in integrating minorities and migrants. The aim is to deepen our understanding of religious diversity governance, emphasising insights for countering radicalisation trends.

In addition to comparing current models of religious diversity governance, GREASE will analyse historical influences affecting them. Specifically, the project will look at how norms and practices for governing religious diversity have been transferred between Europe and the regions mentioned above. Particular attention will be paid to the legacy of colonialism.

With respect to Europe, GREASE will attempt to unravel the paradox of religious radicalization in light of growing secularization. The project will consider the claims that migrant integration in Europe has failed because second generation youth have become marginalised and radicalised, with some turning to jihadist terrorism networks. The researchers will also examine secularisation and radicalisation in light of wider societal transformations such as increased connectivity, mobility and inter-dependence as well as widening inequalities and the re-emergence of nationalism.

Let's be honest with ourselves: leaving twitter is not a virtue but staying isn't either! great article! in @TheAtlantic https://newsletters.theatlantic.com/humans-being/638b52ca077eaf00378b5a66/staying-or-leaving-twitter/

Can gig platforms be good for immigrant care workers? our research @cercmigration is digging deeper on what such platforms offer and points to the needed reforms to avoid migrant care workers' underemployment https://theconversation.com/gig-platforms-help-immigrant-care-workers-find-jobs-but-they-are-only-a-temporary-solution-194791?utm_source=twitter&utm_medium=bylinetwitterbutton @ConversationCA @researchTMU @arts_tmu @RC1S