Αρχική » Anna Triandafyllidou – About me

Anna Triandafyllidou is an internationally recognized sociologist and migration policy expert whose interdisciplinary research focuses on the governance of migration and asylum; the management of cultural diversity, nationalism and identity issues; and overall, the contemporary challenges of migration and integration across different world regions. 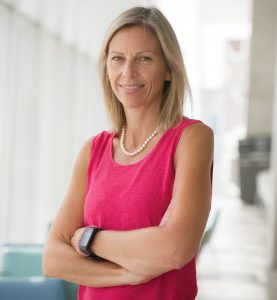 Over the past 15 years, Triandafyllidou has built an influential body of work, with research that has become the standard reference among both academics and policy-makers. She has conducted stakeholder-engaged research with immigrant and refugee communities, settlement organizations and government, among others. She has coordinated 30 international research projects in these research fields and has published more than 160 articles in refereed journals and chapters in collective volumes, six authored books and 25 edited and co-edited. She has been the Editor-in-Chief of the Journal of Immigrant and Refugee Studies,, external link since 2013.  Anna also chairs the IMISCOE Editorial Committee and is a member of the IMISCOE Board of Directors.

She is the author of Rethinking Migration and Return in Southeastern Europe: Albanian Mobilities to and from Italy and Greece(Routledge, with E. Gemi, 2021);What is Europe? (with R. Gropas, Palgrave, 2015), Migrant Smuggling: Irregular Migration from Asia and Africa to Europe (with T. Maroukis, Palgrave, 2015) and Immigrants and National Identity in Europe (Routledge, 2001).

Beyond thrilled to share this work with @triandafyllidou at @cercmigration. As always, I am honoured to listen to these stories, these are people I have learned from and inspired by ✨ Here’s a quick snippet: 1/4 https://twitter.com/economyandspace/status/1526971025535082497

OnlineFirst - "Road to nowhere or to somewhere? Migrant pathways in platform work in Canada" by Laura Lam and @triandafyllidou:

Interested in #extremism and #gaming ? @DPisoiu and I have written an article on the elaborate production process of DECOUNT, a P/CVE online game

Thanks a lot to @first_monday and @BraveProjectEU for the opportunity to share our insights!

We’re very pleased to be contributors to @BraveProjectEU’s recently published special issue of #openaccess Internet Studies journal First Monday. A series of Blog posts synopsising some of the articles gets underway this week. More info.: https://www.voxpol.eu/first-monday-special-issue-published-on-resilience-to-online-polarisation-and-extremism/.